End 2015: Return from Hong Kong and launch straight into documenting brumbies in the Northern Territory. Working with the Australian Brumby Research Unit founders and former University of Queensland professor of equine studies Hon. Prof. Chris Pollitt, I headed to the red centre in December to photograph and video the horses of Tent Hill Springs.

Hon. Prof. Pollitt is a world leader in equine veterinary studies who alongside being a pre-eminent expert on horse laminitus (lameness), has studied the brumbies of Australia and New Zealand for the last 6-7 years alongside his PhD student, the now-Dr. Brian Hampson. Having ridden horses since I was two years old and competed across the state until I was 18 – going to work on a horse ranch camp in Connecticut in my gap year – the comings and goings of Chris’s work with the brumbies has always been of great interest. I first heard about his trips I was still in high school, and six years later, I finally made it outback with him to assist in the final stages of pulling his documentary together.

Chris and Brian have been coming to Tent Hill for years, and are well familiar with the flow of the seasons – the good condition of the horses after the rains, the poorer condition before them, the breeding season in spring, and the foaling that follows. Being December, the expectation was that the natural springs, which have a year-round supply of water, would be attracting a steady stream of bands (small groups) of horses – filled with fighting stallions, newborn foals and pregnant or feeding mares.

After crossing approximately 21 creeks, we get to the final two – Walker Creek and Tent Hill Springs. We stop at Walker to check out the old cattle yards in the now-dry, wide, flat creek bed upstream – a forgotten remnant of disbanded Tempe Downs Cattle Station, one of the oldest and largest cattle stations in Central Australia, land of which is now divided between the Watarrka National Park, aboriginal communities, and current-day cattle stations, like Kings Creek. Here at Walker Creek was the first indication that things were different this year, as dead horses and cattle lay strewn up and down the creek beds, victims of the natural cycle of life after a particularly hard year.

It is normal for horses in this valley to go between 3-4 days without water, something that us suburban horse-owners wouldn’t dream of being possible (our horses have automatic watering systems and we seriously worry if they don’t drink at least once or twice a day). Yet in this valley, the horses have eaten out all of the grass for 20-30kms around Tent Hill Springs. In particularly dry seasons, the Springs will be the one of the only source of water for the valley. If the horses don’t get out quick to the more flowing waters around Mereenie, they can get stuck in this cycle of drinking at the Springs then having to walk for days for food, and then coming back again in 3-4 days for another drink. After months of this, horses lose condition and if the rains even hold out for a few weeks or days longer than expected, it can mean death for these horses. (The rains arrived as we arrived, speckled, soft, but hailing a refresh of the land to come)

But it wasn’t just death by starvation or thirst for this number of animals in the creek beds – this felt more ‘massacre’ than one or two horses dead. If an animal dies in water, particularly stagnant water as many of these creeks had tiny puddles or pools of stagnant water, then botulinum toxin – and water poisoning – can occur. This means that any animals that drink here are at the mercy of a very hard death – and quickly. In some cases, we came across horses that had only just died in the past day or two, their tracks fresh from the water, only 5 metres away. For an indication of how powerful this clostridium botulinum toxin is, it is one of the most potent and lethal substances known. Only a few grams can kill the entirety of humanity – yet also,’botox’ is made from this toxin, since it is a neurotoxin which effects the nerves going to the muscles, telling them to relax (feel safe?).

Tent Hill visible in the background, springs in the foreground

During heavy flood this creek bed would be a roaring torrent

Moving on to Tent Hill Springs from Walker Creek proved that the toxin was also present here and was so strong that it was even effecting this slow trickle from the fresh springs. Here, camels joined the death count.

Confronting in more ways than one, we set up to film in the hopes that at least we could witness what was actually going on here in real time. We spotted one colt (young male horse) at the waterway, four more from the top of Tent Hill, and a mare and a foal in a creek bed further away. The bands of brumbies had been disbanded, as the need for survival, the last skerricks of water and grass, split groups. The next morning, one of those horses spotted from the hill had died.

The utter beauty of this valley juxtaposed with the ever-present smell of death and the howling of dingos was somewhat haunting. The combination of a lack of horses, the concern that those flies landing on our faces had also landed on dead horses, and the night-visitors of dingos to our camp resulted in us packing up the next morning to try our luck elsewhere.

Me looking southwest down the valley, Tent Hill Springs

Nature can be so beautiful yet terrifying. 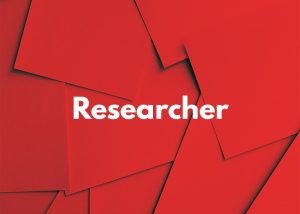 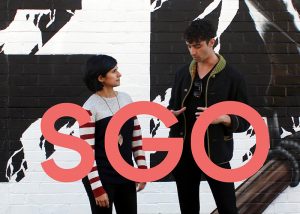